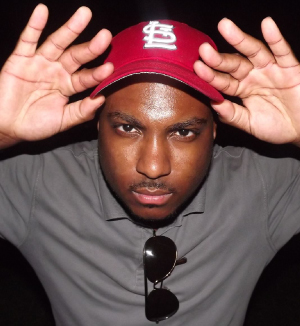 Born in Southeast Washington, D.C. on March 22nd, 1984 Ernest “CaNino Spaid” Matthews was destined for success. Even though he faced trials as a young boy, from being dropped off on a highway, to abuse, and 6 foster homes. The Lord had a plan all while he thought his father was dead. CaNino’s biological father was able to find him in a foster home and remove him before adoption. Once out in 1993, he moved to Pittsburgh, Pennsylvania, where he learned how to deal with gang-related urban communities. To keep him from being involved CaNino focused more on artistic outlets.

CaNino was born into a family of creatives. His inspiration includes his brother Kermit (Congo player for R&B singer Ginuwine), his cousin Jeannie (Formerly of the rap group Misfits in the Attic) and his sister Krystal and brother in law Jamaal (Formally of the rap group Monoccord). Performing started for him in the burgh. Hitting the stages at talent shows, churches, and community outreaches to build a name. Boldly selling CD’s in the streets at gas stations and car washes. In 2006 CaNino moved to Georgia. He eventually linked up with National Recording Artist Thor Haddon, and Gideonz Army. CaNino featured on a project with Haddy & Lunie 3:80. He participated in filming Behind the scenes during the Gideonz Army Jesus Piece Video shoot. CaNino filmed Wednesday and Sundays as a Center Camera Man for a well Known Ministry in Atlanta, Ga. He went to Rapfest located in the Bronx, New York and came across Kelly “Prodigal Son” Williams who performed that day. He stayed in contact with Kelly and later submitted a song in 2014 to be one of the artists on the COAST 2 COAST MIXTAPE. He was offered an opportunity to pursue ministry and even build a fan base on a tour called The HOMECOMING TOUR featuring the headliner Kelly Prodigal Williams. A week later he was offered an opportunity to sign a major Contract with Tyscot Records hip hop side called Tyscot Loud. Distributed by Warner Music Group, he was managed by Kelly and his wife Sheila. He recorded a Compilation/ Mixtape under the label.

After leaving Tyscot, he started developing other skills he had. CaNino founded a company called The EMpact Group ( making an impact on the lives of those in the Entertainment industry). He scouts talent for Herb Middleton (former Bad Boy Entertainment songwriter & Producer). He scouts talent for Justin DeGrate ( Son of Devante Swing of Jodeci). He brokers films for Todd Guzze (Co-Creator of the TV show JackASS). And he is currently songwriting and writing a book. One day his friend brought him an opportunity to give independent artists the radio play that they lack. Brainstorming with Cornell Jones and Gary Coleman in 2020, he came up with THE DUCKTAPE. CaNino provides artists with the opportunity to submit music and to be heard by industry professionals. CaNino provides feedback on these songs. On THE DUCKTAPE, artists will be able to receive royalties from radio play, hear interviews, & develop. CaNino feels like he is just getting warmed up as he plans to grow as a radio personality.

GJColeman Media has been instrumental in the creation and development of the WXCN Power online presence.

Get to Know the Shyne Foundation

One of our most treasured relationships is with the Shyne Foundation. This is one organization that focuses their attention 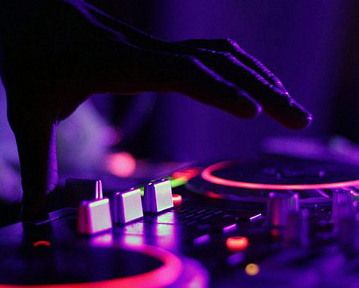 What is WXCN Power All About?

WXCN Power Radio is an organization that focuses it's attention on re-integration of ex-offenders that are reintering society.

Sign up for new releases to your inbox every week